Don’t let so-called “experts” drag you into this trap 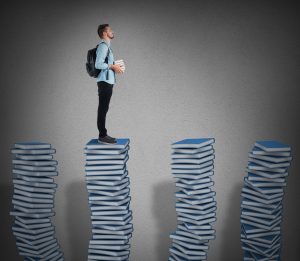 Have you experienced this? Someone pronounces themselves an “expert.” They claim to have studies proving their statist scheme will work where freedom and markets must fail. You’re tempted to doubt your position or believe you must simply shut your mouth because you lack the same level of expertise. Well…

This applies to libertarian social science too. Responding to statist studies with libertarian studies is another kind of trap. It entangles you in…

Let’s be blunt. Could any “study” make you favor state aggression? Can a study refute a moral principle? Can a study turn wrong into right? After you read this new Lever, you’ll…

Our Mental Levers are mini-articles, designed to quickly explain key libertarian ideas. You can use these Mental Levers in place of lending books. They’re very useful in online dialogues.

We’ll be sharing three more new Mental Levers next week. We’re especially excited about one of them. It will show you the libertarian movement’s most overlooked strategic need. And…

It may be the most important Lever we’ve ever shared.

In the meantime, please consider making a contribution or starting a monthly pledge to the Zero Aggression Project. Donations are tax-deductible, if you itemize.

ZAP the State and have a nice day,