One of these strategies worked for all 20 questions 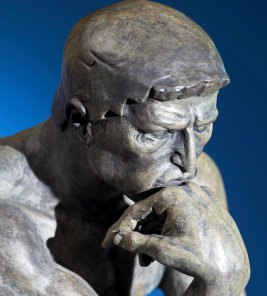 Can you identify progressives, conservatives, and libertarians in 20 questions? Retweet

Today’s edition will show how these questions are…

We’ll also explain the benefits of our new answering approach.

How tension-paired questions can expose self-contradiction

We’ve taken an innovative approach to the questioning. Many of our PCT questions create self-contradiction traps for the Left and the Right. For example…

Both are free press rights. Progressives love anti-traditionalist entertainment but loathe a conservative’s or a libertarian’s ability to mount political campaigns.

Conservatism is unquestioningly and enthusiastically pro-military. But the patriot segment is opposed to foreign aid.

We’re especially proud of these questions. The religious values conservative probably loves abstinence and anti-drug education. But Planned Parenthood? The secular humanist will pause too, with the opposite set of biases. Holy cow!

Then we do it again. The left claims to despise “corporate welfare” — unless it’s for the environment. The right claims to be pro-free market, but makes exceptions for defense and energy related fields.

Since we’re “Conscience Building“, we hope this approach will foster some thought. At the same time…

Tension-pairing will tend to push quiz-takers toward the center. We think this reflects reality. However, we don’t want people who strongly identify with the left or right to feel like the PCT forced them to the wrong place. Which brings us to our next question-writing strategy…

Some people complain that Nolan Chart surveys push people to score libertarian. We hope to avoid that complaint by asking questions about the issues that matter most to progressives and conservatives. These questions will keep them in their proper place (on the chart) Examples include…

It can be hard to fit issues like war and the environment on either the civil liberties axis or the economic liberties axis, but we found a way to do it. These questions will help self-perceived progressives and conservatives land where they think they belong on the chart. That will increase their confidence-level with the test. This trust will lead to greater sharing. And greater sharing will help us discover more libertarians.

Another question writing strategy was…

A new Nolan Chart test should be current. That’s why we have two post-9/11 national security questions.

Also, note the specificity in this current event, tension set…

Libertarians are winning on marijuana. But the drug prohibitionists are pushing hard on opioids. This question pairing captures the current state of debate. And these drug prohibition questions will also help us identify more libertarians, right?

Answering methodology is another part of our strategy…

Other Nolan Chart surveys measure binary-agreement with common libertarian policies. But we ask,

“How much should your favored politicians be able to…” do X or Y?

We then use a slider that lets our test takers choose between ten degrees of deviation from the Zero Aggression Principle — from 10% to 100%. This is especially powerful because…

The next word in each question is something like… Force. Punish. Restrict. Limit. Control. Imprison. The test-taker is being asked, Do you want…

Our approach forces people to think about how much aggression they want to use. It will also synergize with the next ZAP tool we create. That new tool will help you move people who’ve taken the PCT. But first, we need the PCT, so we must ask you to…

Be a Conscience Builder

For the month of August — or less, if we achieve our goal faster — every contributor or pledger will be…

Conscience Builders are listed in rank order, based on the size of their contribution.

Current pledgers are included automatically. New monthly pledges are multiplied by 10 for ranking purposes. So a $15/month pledge ranks equal to a $150 donor! Pledge increases will be handled in the same way.

Contributions to the Downsize DC Foundation, the parent organization of the Zero Aggression Project, can be TAX-DEDUCTIBLE. But…

When we reach our modest goal, we’re done — even if there are weeks or days to go in August. So you don’t want to wait!