Are advocates of single-payer lying, perhaps even to themselves?

Why single-payer is a phony, misleading term

The term “single-payer” is applied to many things, especially healthcare. But it’s never the case that there’s a single payer for schemes that adopt this term.

The usual conditions for proposing a single-payer are…

But who will pay the service providers and how will that payment be funded? 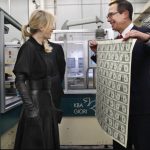 Millions will pay taxes. That’s not a single payer.

Thousands will be involved in the collection and distribution of the funds. That’s not a single payer.

The purse strings will be controlled by a few-hundred “representatives.” Once again, no single payer.

The State is not Daddy Warbucks. No one in this process is managing their own money. They are managing the money of others — and others is a word that means more than one. And that’s important because we know, axiomatically, that people are much more careful with their own assets than they are with resources that belong to others. There’s nothing “singular” about this process.

Single-payer schemes tend to have a “shortages” problem — that is, there’s not enough of the service to go around (for reasons explained in the Mental Lever, What’s the true meaning of ‘Single-payer’?). But this can mean that the very people who built and ran the single-payer scheme may, someday, find themselves waiting or dying because they’re not allowed to be a “single payer” for their own service!

3 Responses to "Are advocates of single-payer lying, perhaps even to themselves?"