How people provided regulated health care without The State 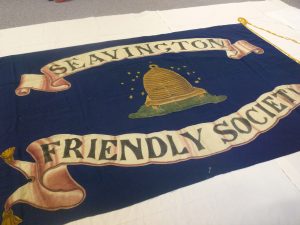 Money coerced from taxpayers, and allocated by politicians, accounts for almost half the health care funding in the United States. When the Big Daddy State starts passing out free money, Nanny State prohibitions aren’t far behind.

From seat belt laws, to smoking bans, to prohibition of (some) drugs, prohibitionists have led their propaganda campaigns against personal freedom with a “health care cost” argument. “Society” (by which they mean, taxpayers) will bear the health care costs from vehicle injuries, second-hand smoke, and addiction.

And now, they’re extending their successful agitprop campaigns to salty, sugary, or fatty foods — that is, all the foods you like! 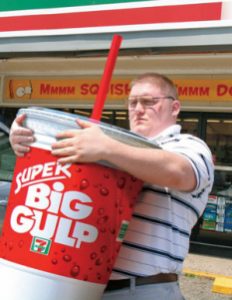 But make no mistake: Their muckraking logic could extend to nearly EVERY facet of your life. What isn’t healthy for you should be regulated or banned, because “society” will have to pay for your healthcare costs.

The prohibitionists have it exactly backwards. The health care costs of supposedly “irresponsible” behavior aren’t a reason to ban the behavior, they’re an argument to end tax funding for health care. There are two big reasons for this…

First, it’s NOT  just a tired old slogan that “people should be free to decide for themselves.” Everyone’s bodies and circumstances are different, making one-size-fits-all standards irrational. We may have been “created equal,” but the Creator did NOT make us all the same. Some may benefit from the pain-killing or psychological effects of now-illegal drugs. Some may flourish with strong bodies and long lives with a diet that federal bureaucrats say is unhealthy. Others will weigh the risks of two different courses of action, and decide they’ll derive greater benefit from the seemingly riskier course. In other words…

One person’s “irresponsible behavior” is another person’s rational pursuit of happiness.

Second, it’s unfair to force taxpayers to pay the health care costs of others. It is unfair, for instance, to pay the rehab costs of an addict for something he did to himself. The promise of tax-subsidized services actually INCREASES the number of people with unhealthy lifestyles, because it REDUCES their risks.

In general, people should provide for themselves, and take responsibility for their own behavior. And they should be free to pool their resources in the event of catastrophes and other unfortunate life events. Yes, they can today enroll in tightly-regulated and often government-subsidized insurance plans, but often the costs are too high because of The State‘s involvement. In the age before excessive government subsidy and regulation, people found ways to help each other without The State. 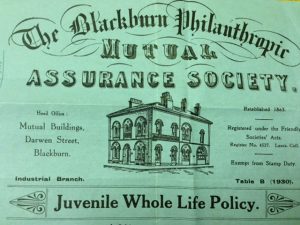 In “Welfare Before the Welfare State” Joshua Fulton writes about mutual-aid societies and fraternal organizations:

“By the 1920s, at least one out of every three males was a member of a mutual-aid society. Members of societies carried over $9 billion worth of life insurance by 1920. During the same period, ‘lodges dominated the field of health insurance.’ Numerous lodges offered unemployment benefits. Some black fraternal lodges, taking note of the sporadic nature of African-American employment at the time, allowed members to receive unemployment benefits even if they were up to six months behind in dues.”

These societies frequently held behavioral standards similar to those desired by modern prohibitionists:

“Mutual-aid societies also enforced moral codes. In 1892, the Connecticut Bureau of Labor Statistics found that societies followed the ‘invariable rule’ of denying benefits ‘for any sickness or other disability originating from intemperance, vicious or immoral conduct.’ Many societies refused to pay benefits for any injury sustained in the ‘participation in a riot.’ Some lodges even denied membership to people who manufactured explosives or played professional football.”

The difference is that these standards were voluntary. If you wanted to continue a life of “intemperance, vicious or immoral conduct,” you would be kicked out of these societies, but they couldn’t throw you in jail. 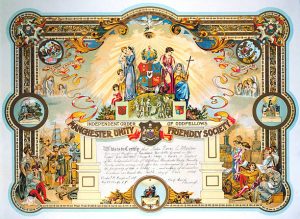 Mutual Aid societies provide a model by which individuals could protect their own health and finances, and be part of a community of people who shared the same moral standards — WITHOUT compelling anyone else to follow the same lifestyle.

We don’t need prohibitions. We just need to be free to take care of ourselves and others with compassion, without compulsion or coercion — that is, without The State.

James Leroy Wilson is the former Public Policy Director of Downsize DC. This article was originally published on the old site of the Downsize DC Foundation on July 6, 2011.