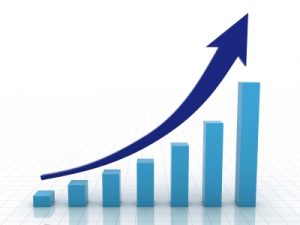 Traditionally, Downsize DC Foundation (not to be confused with our sister organization, DownsizeDC.org, Inc.) sends a January letter. It’s both an Annual Report and a Tax Receipt that goes to the people who’ve given during the year before.

This newsletter message is nearly identical to that letter, and we’re pleased to share it with you…

Thanks for your 2018 contributions to the Downsize DC Foundation, home of the Zero Aggression Project. We had two major achievements…

We WON three cases. The Carpenter case is being called a “landmark.”

Carpenter was about vacuuming your individual location data from your cell phone. Prosecutors snag records from your phone provider without a warrant under the “third party” doctrine. The Chief Justice wrote a sweeping decision “beefing up” the privacy side of the Fourth Amendment. We loved Justice Gorsuch’s concurring dissent – a judicial tutorial, rebutting the State’s behavior on a property (instead of privacy) basis.

This result is especially gratifying because (in the last couple of years) we’ve filed THREE briefs attacking “third party doctrine.” Plus, it’s a likely landmark case! As one expert put it, “From now on, we’ll be talking about what the Fourth Amendment means in pre-Carpenter and post-Carpenter terms.”

We’ve filed many Fourth Amendment briefs over the years, including our landmark Jones decision. Another victory, Collins v. Virginia, involved whether cops can enter your yard, lift a tarp, and gather vehicle identification without a warrant. We made a property-based argument. There are two types of victories to report in this case!

Finally, we filed the ONLY amicus brief calling for the repeal of Obamacare in Texas v. U.S. The case has been expedited from the district-level to the Fifth Circuit Appeals Court. We intend to file further amicus briefs in this case.

Our sister organization, DownsizeDC.org, helps us raise money by announcing our case selections to their subscribers. Be sure you’re subscribed to their Downsizer-Dispatch.

The PCT is a new Nolan Chart survey that asks 21st Century questions focused on the unique sales argument of libertarianism – Do you want to solve social problems with persuasion or aggression?

The PCT features a 0 to 100% answer scale that allows for nuance.

In our annual report last year, our stated Goal #1 was to dramatically increase the number of test takers. Goal #2 was to identify and recruit more of the people who scored libertarian. But the PCT’s UX was poor.

We made a major overhaul and relaunched in July. With a mere $1,700 invested in advertising, the PCT…

We were pleased by these results. Then, in October, we met with a donor whose business spends more than $140,000 per year on this kind of advertising. And he said these results were “extraordinary.” But…

What would we do with these new recruits? We pressed “pause” on our outreach. First, we want to complete a redesign of our Zero Aggression site. And we expect to finish that in early-March. Then, we’ll press forward on an interactive tool called the Aggression Tracker. It’s more than 80% done.

Our Mental Levers are mini-articles that present key libertarian ideas in bite-size chunks. We reported 73 Levers last year. The count reached 91 in 2018. Frankly, the pace will slow. We’ve nearly completed a “libertarian library” of thinking tools that can help people consistently arrive at the correct result, even while the politicians and media are dealing in incomplete or (what turns out to be) inaccurate facts.

As our partner organization DownsizeDC.org has pointed out…

No one has ever sought to pull these millions together into a single database. The result could be an activist’s dream! 100 tactics that currently seem hopeless might suddenly be empowered to achieve success.

The Zero Aggression Project’s role in this will be to move those libertarians in a voluntaryist direction.

We hope you like what we accomplished in 2018 and will consider expanding your support so we can achieve even more in 2019!