Your support of ZAP made this possible

Jim Babka and his team have been hard at work to make the future quite bright for DownsizeDC.org, Inc and Downsize DC Foundation (Home of the Zero Aggression Project). And now… 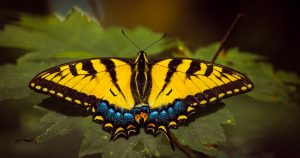 I’m pleased to announce exciting partnerships that will make our work on the Zero Aggression Project sparkle.

We’ve formed a deep alliance with two groups. One you’ve likely heard of and one you soon will.

The former is The Advocates [Advocates for Self-Government]. For 32 years, they’ve been best known for the World’s Smallest Political Quiz. It’s the most popular Nolan Chart survey out there, and a staple at their Operation Politically Homeless booths, which countless libertarians have used as a public outreach tool. It’s also an inspiration for our Political Conscience Test.

The latter is FH&P [The Foundation for Harmony & Prosperity]. They intend to be the first movement group dedicated to PERSUADING people to BECOME voluntaryists. This persuasion process involves a full-fledged awakening to the harm done to society when we choose The State to address social problems. It means individual conversions to the belief that it’s both morally wrong and practically harmful to use the political path. To achieve this, FH&P is pioneering a new messaging strategy. It centers around a concept called Human Respect.

Despite the fact that you’ve never heard of FH&P, it’s larger both in budget and staff than DownsizeDC.org and Zero Aggression Project are. And it’s founder has used it to do a great deal of behind the scenes work in the libertarian movement.

But there’s some overlap in the work of all of the groups mentioned above. And…

Jim Babka, our president, has been asked to devote significant time on projects for these groups, all designed to move society in a libertarian direction.

The sum of all these parts should amount to far more progress than the groups would achieve on their own. Indeed, Mike Sertic, President of The Advocates says…

What I’ve learned, during hours of conversation with Jim Babka, is that he’s an idea machine who understands execution. Even more important, he brings more than two decades of political campaign and non-profit experience. I’m confident and excited that, together, we’ll move society in a libertarian direction.

Plus, this new partnership also provides the Zero Aggression Project with greater financial stability and flexibility.

This is important because…

The decision to donate is a statement of confidence. Your dollars will now go even further, thanks to this partnership. Right now, please consider making…

Keep in mind, your support has made this partnership possible. It’s a direct result of a vision you’ve funded and shared with friends. And…

In the weeks and months to come, we’ll be revealing the exciting work product of this partnership. Already, Jim is at work on a grand experiment plus a new libertarian movement tool, both of which he’s eager to tell you about. Stay tuned.